How a Wholesaling CEO Hires His Crazy Awesome Team 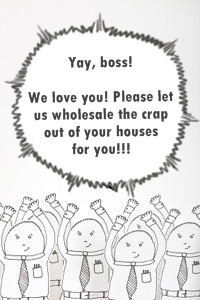 By far one of my most popular podcast episodes recently was my candid conversation with Rob Swanson in Denver. And for good reason: He’s a freakin’ machine…

Rob’s a good friend, one of the smartest guys I know and is basically the e-Myth personified.

Let’s just say the guy’s designed a rather awesome life, and gets plenty of skiing and fly fishing in with his wife and kiddies.

So our little podcast chat was a really good, long, compelling look under the hood of a “Wholesaling CEO’s” real estate investing business. We obviously struck a chord (with more comments than any other podcast to date). And for me, one of the coolest parts was when I got dig around inside how he hired “his team”.

So here’s a brief slice from our conversation where Rob talks about who he hired, why, what they do and what he pays them. I found it enlightening and I think you will too. Enjoy…

JP:  You’ve referenced your “team” a number of times now. How many people do you have on your team at this point? And how many did you start with at first? And I guess the trailing question to that would be, how do you leverage your team so that you can run such a powerhouse business, but not have to work 80 hour days to pull it off?

Rob:  Right. Well, I started with just one person on my team, and that was me, myself, and I. Or maybe that’s three people (smirk) but my team started with just me. I did everything when I got started in this business. I ran the marketing, I followed up on leads, I made the offers, I sold the property, signed the closing paperwork…I did absolutely everything.

Then as my business evolved and I got to a point where I wanted to start doing other things to continue to grow and scale the business, I brought team members in.

Then, I brought on a project manager, and she still works with me to this day. My project manager’s job was to help manage and run the marketing efforts. So when it comes to getting a postcard put together, getting a list organized and uploaded into Click2Mail (which is the online mailer system we use) she handles that for me. She also follows up, makes sure we have stuff for seller leads and buyer leads, managed our web systems and that kind of thing.

Rob:  So I put a $10 million fund together to go out and buy as much real estate as we could for that $10 million, fix it, and flip it. And so I brought an acquisitions manager on to help me, you know, do the construction estimating, do the paperwork management of each deal, manage the money inflow and outflow of the fund, basically kind of be an out-in-the-field eyes and ears guy for me on all of our deals, and interact with our contractors and everything else.

The fourth person I brought on was a wholesaling manager, and her job was to expand our wholesaling operation into other markets beyond just Denver. So she spent a lot of time building relationships with cash buyers in local markets that we were wholesaling in.

And so that’s really the team that I assembled and built when we had 22 fix and flips going in one month and wholesaling in a couple of different cities.

How Do You Compensate?

JP:  Rob, if somebody wanted to follow in your footsteps and start building their own in house dream team, how would you suggest they structure the compensation? 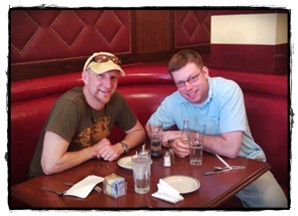 Rob:  Right. So for me, my administrative assistant is a full-time salaried person.

My project manager was a full-time salaried person, which about a year ago we converted her to an independent contractor. It was better tax-wise and some different things for her and her family for some things that we made a transition from full-time employee, W-2, to a 1099 contractor. She still pretty much still works full-time for me, but she gets the flexibility to work a little bit more on her own schedule. So she is paid hourly, but she does it on her schedule.

The reason I was able to do that with her was she had been with me for over four years. She knew our business inside and out and was looking for some flexibility with her little kids and some different things, not to have to come into the office all the time. So we made that transition.

You certainly don’t have to pay a base, like I’m saying that I paid a base salary. I did that because my business had grown to a point where I was looking for a body. I wanted a person in here. I needed some help, so I was willing to entice with a base salary or a base commission, minimum commission, and then a performance on top of that. So the harder they worked, and the more effort, the better results they got, the more money they were able to make, and there was no cap on the amount of money they could make.

What Does Rob Focus On?

JP:  Okay. So I understand your teams responsibilities and duties and how you compensate them. What are the specific pieces of the business that you reserve only for yourself? The aspects that are the most important for only you to be doing? Now that you’ve got these people handling various aspects of the day-to-day, and you’ve got the morning filters that you run through with the questions, and you coach them into time blocking to get everything done and prioritizing it, what are the things that Rob Swanson still does when he’s not goofing off fishing?

Rob: Well, even when Rob Swanson is goofing off fishing, Rob Swanson still has a business to run, so Rob Swanson still looks at do we have leads coming in and do we have offers going out. So just because I’m goofing off doesn’t mean that I’m not paying attention to my business and running it. So I pay attention to that stuff every single day, because if I see a dip, a lull, or anything funky with it, I’m going to ask questions. I want to know what we’re doing, why we’re doing it, and how it’s happening.

The next piece that I do a lot is what I’ll call the market research side of it, because I’m a big believer, JP, in working smarter not harder. I’ll give you a perfect example…

Denver right now is at a 20-year low in inventory, and the competition for investor deals in Denver is at almost an all-time high. It’s as competitive as I’ve ever seen it, and inventory is as low as I’ve ever seen it. I mean it’s just a tough market for a real estate investor right now to go do 2, 5, 10 or 15 deals, if you were going to try to do all those deals in one particular city. It’s the “going deep syndrome” that most real estate investors have. Most real estate investors tend to want to go deep in their business. They want to do ten of the same kind of deals in the same city every single month.

What I do is focus on market research and ask myself the questions, “What’s the low-hanging fruit?” In other words, if I can only do one or two deals a month in Denver that I consider are good enough deals – just because the market is competitive – what am I going to do? 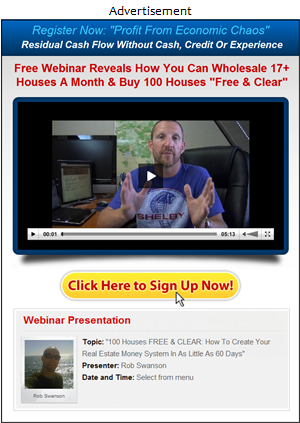 Well, I may just decide to scale my business in a new area – into a different location. I’m going to look for the lowest hanging fruit in the arena, and I might just launch my wholesaling operation in another city.

So that’s what Rob does today. Rob looks at the scalability and the market research to say where should we be running our operation to be flipping as many houses as we possibly can with as little effort as possible.

JP:  It’s the e-myth. You have truly crafted a situation that allows you to be able to work mostly on your business and not in it. It’s almost cliché at this point, that that’s what everybody is going for, but you have cracked that code.

So what do you think about Rob’s team building approach? Would you do it the same way? Leave a comment below and share your thoughts! We’d love to hear ’em.

And if you missed our original podcast interview, you can catch the whole thing here. 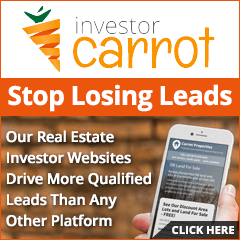